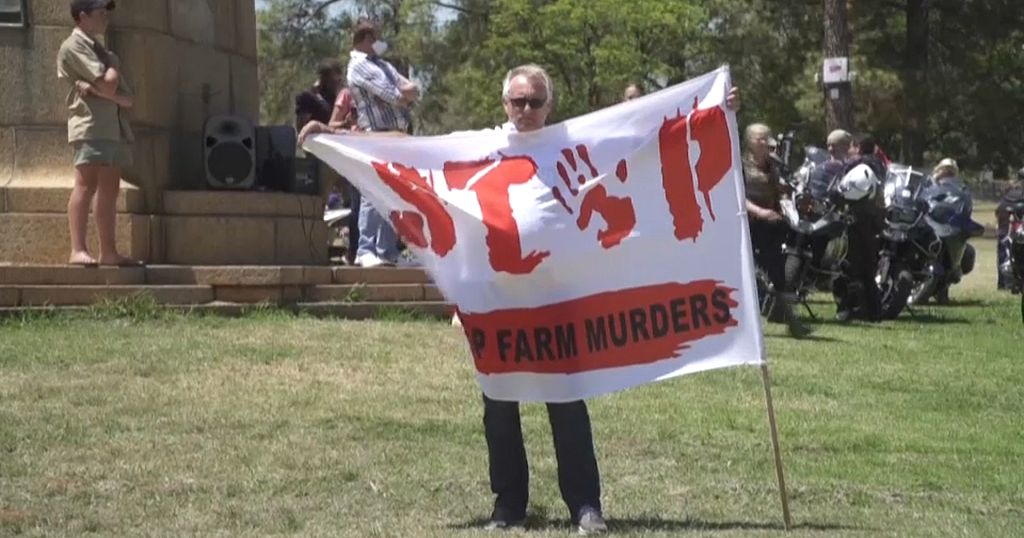 The Union Building lawns in Pretoria, South Africa were covered by several hundred mainly white farmers — some carrying flags and crosses, in angry protest on Saturday of the perceived lack of government response to the assaults and murders on farms in the rural parts of the country.

The event organiser, Kallie Roux, shared a few words, “President Ramaphosa must stand up and firstly acknowledge that there are farm murders in South Africa, and he mustn’t say to the world that this doesn’t happen, because it happens. And after he admits this I want him to condemn it. He must strongly condemn it because then we will get somewhere because if the government doesn’t stand up we must stand up ourselves.”

A Series of Protests

A 21-year-old white farmer, Brendin Horner, was found hanging from a pole on October 2 near Paul Roux, South Africa — his corpse showing visible evidence of torture. Consequently, around 3,000 angry white farmers stage demonstrations all over the country on the same the two murder suspects appeared in court in Senekal, on October 6.

Barend Pienaar, a white farmer present at the October 10 protest is furious, “They (murderers) take pangas, they take spades, they take bottles, they take anything they can get their hands on and then they kill us like that. Just like that. We are not animals. We are a proud people. Don’t push us too far.”

Post-apartheid racial tensions originating from agricultural land distribution disparities between white and black farmers have been a longstanding national issue in South Africa.

There was a farmland distribution objective in 1994 i.e. 30% of white-owned farmland to the disenfranchised black farmers as a way to equilibrate the deep racial inequality lingering from the Apartheid regime. However, national statistics show that in 2017 the white minority — which makes up 9% of the country, still held 72% of the agricultural land.

Hence in 2018, South African President Cyril Ramaphosa communicated his intention to amend the constitution to accelerate the uncompensated expropriation of arable land and its redistribution to the country’s black and disadvantaged population.