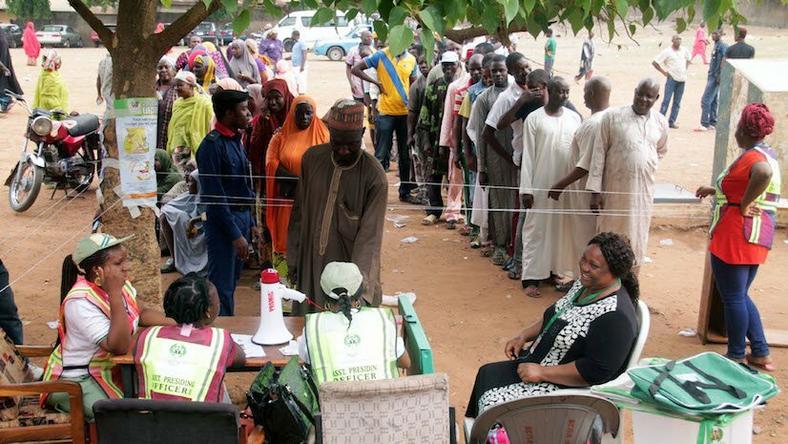 The CDD Director, Idayat Hassan, disclosed this during an interactive session with newsmen in Akure, the state capital.

Hassan said CDD noted that politicians still devised ways to engage in vote buying, warning that the electoral offence is fraudulent and poses danger to democracy if it is not adequately curbed.

According to her, “We observed a consistent pattern of vote buying, with those engaged in it adopting tactics to induce voters, while evading security officials and election observers.

“Our observers documented attempts by politicians to outspend each other by disbursing large sums of money to community leaders for onward distribution to voters.

“Deviating from their previous style of distributing cash discreetly at points close to the polling units, the politicians created outposts where voters can go to collect cash after proving that they voted for the vote-buying party.

“Our observers reported that party agents largely stayed away from coordinating vote buying but their parties designated someone who is not a party agent and appears to be neutral to direct voters to their outposts to collect cash,” she said.

She said as highlighted in a preliminary report, parties set aside bulk sums of money, ranging from N150,000 to N600,000, for each polling unit across the LGA.

Hassan further alleged that the monies were distributed to popular figures, especially leaders of youth groups, to share to voters in their areas.

The group commended the Independent National Electoral Commission (INEC) for the timely arrival of its officials and materials to the polling units across the state.

CDD said in general, INEC officials and security agents arrived at the Polling Units between 7 am and 8 am, but pointed out that INEC officials were attacked towards the end of voting.

“The attacks compromised the transparency of the electoral process because the upload of results into the INEC Results Viewing Platform was disrupted.

“These RAC technicians are responsible for maintaining the Smart Card Readers, and preventing them from doing their duty also created problems in the area of maintaining faulty card readers”.

The group commended voters across the state for their determination and resilience to peacefully exercise their franchise and in many cases defend the sanctity of the ballot in very challenging conditions.