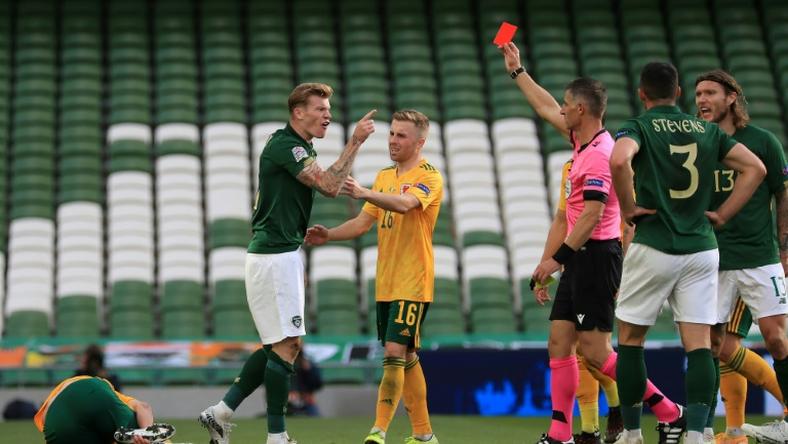 Republic manager Stephen Kenny lost five players just before the match in Dublin after one unnamed member of his squad tested positive for the virus.

Despite all the distractions, Ireland had chances to win through Shane Long and Daryl Horgan before McClean was dismissed for a second bookable offence in the closing stages.

The draw ended Wales’ perfect start to the League B Group 4 campaign ahead of Wednesday’s trip to Bulgaria.

The Republic, who had to play Tottenham full-back Matt Doherty in central defence for more than an hour, have taken just two points from the first nine available as they head for Finland.

Ireland were without a host of players for the match, with John Egan, Callum Robinson, Callum O’Dowda and Alan Browne stood down on Sunday as close contacts to the unnamed virus victim and Derrick Williams also missing from the 18-man matchday squad.

Ireland keeper Darren Randolph was fortunate not to concede a penalty when he bundled Ethan Ampadu over in the box after dropping a high ball.

Long should have put Ireland in front within 10 minutes of the restart when Enda Stevens picked him out, but he headed wastefully over from close-range.

Horgan should have done better when he fired over after his initial header from McClean’s cross had been blocked.

But Ireland’s hopes were hit with seven minutes remaining when Stoke winger McClean was dismissed for his foul on Ampadu.