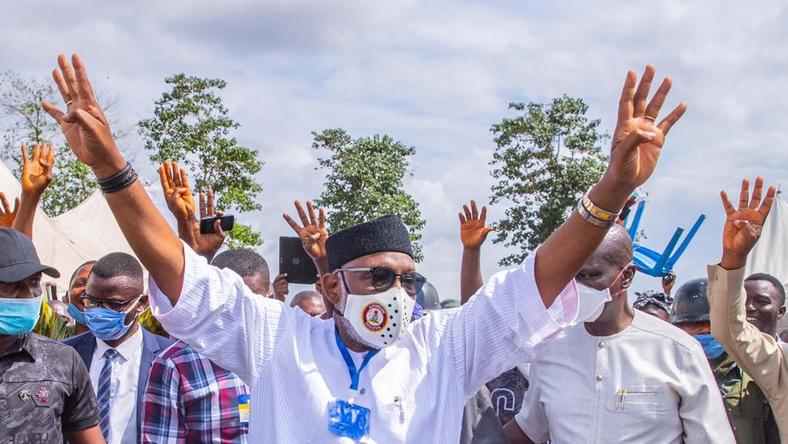 Akeredolu said this in an interview with newsmen after casting his vote in his hometown, Owo.

“As you always know, mine is about God, and God in his infinite mercy will give me victory, my confidence is on God’, he said.

He also stated that soonest, songs of his victory will fill the atmosphere of the state.

When asked about his observations on the election, Akeredolu said: “I only know about my polling unit, I have not been to other places, but we have voted in a peaceful manner here.”

He, however, advised the electorate to exercise their franchise and eschew violence.

Meanwhile, the wife of the Governor, Arabinrin Betty Anyanwu, has expressed optimism about the ongoing governorship election.

She said this in a short video after casting her vote.

The first lady also said victory is lurking around the All Progressive Congress (APC), saying,‘ “tomorrow will be a joyous moment for all of us.”