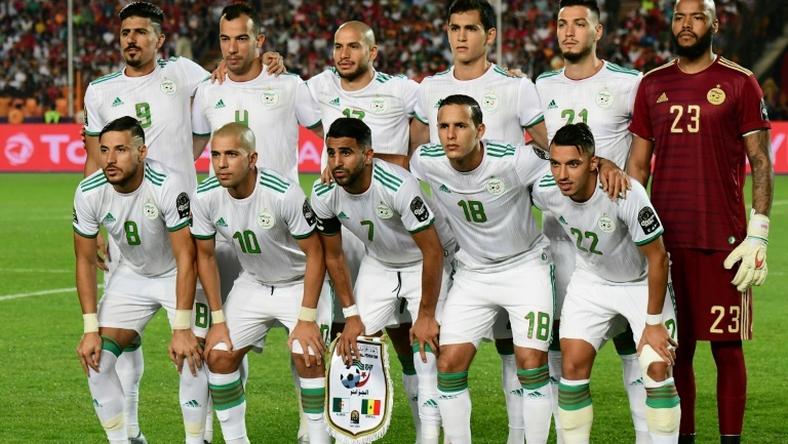 In another high-profile warm-up match behind closed doors ahead of 2021 Africa Cup of Nations qualifying next month, Morocco triumphed 3-1 over a depleted Senegal.

Cup of Nations title-holders Algeria needed less than six minutes to score the goal in the Austrian town of Sankt Veit an der Glan that sank Nigeria in a rematch of the 2019 semi-final at the flagship African competition.

Centre-back Ramy Bensebaini ventured forward for a corner and after heading the ball downward, poked it into the net.

Nigeria gave a debut to Frankfurt-born Kevin Akpoguma who, like Bensebaini, plays in the Bundesliga, and represented Germany at under-age level before switching his allegiance.

The defender is the latest of many Europe-born footballers to represent the African country where parents or grandparents come from.

Algeria last lost in October 2018 away to Benin and now move to the Netherlands for a friendly against Mexico on Tuesday.

Senegal, the top ranked African national team ahead of Tunisia, Nigeria, Algeria and Morocco, suffered a series of major withdrawals from the squad.

So a challenging task in Rabat for the Senegalese became that much harder and they trailed by three goals before Ismaila Sarr converted an 88th-minute penalty.

Selim Amallah put the Moroccans ahead after 10 minutes and Youssef en Nesyri and Youssef el Arabi added to the scoresheet in the second half.

On Tuesday, Morocco host a Democratic Republic of Congo team that will be smarting from a 3-0 drubbing by Burkina Faso in Moroccan city El Jadida while Senegal entertain Mauritania.

The Mauritanians will travel south to neighbouring Senegal boosted by a 2-1 win over Sierra Leone in Nouakchott, where Hemeya Tanjy fired in the 79th-minute winner.

Mali shrugged off losing a number of players to injuries and positive coronavirus tests to wallop Ghana 3-0 in the Turkish resort city of Antalya.

Hamari Traore put the Malians ahead inside three minutes and El Bilal Toure and Amadou Haidara netted early and late in the second half.

Tunisia were another nation to triumph 3-0 with all the goals against Sudan in Rades near Tunis coming during the first half.

France-based captain Wahbi Khazri was involved in all the goals, scored by Seifedine Khaoui, Ali Maaloul and Anis Ben Slimane.

In other friendlies, the Gambia edged Congo 1-0 in Portugal through an Assan Ceesay goal and a brilliant run and fierce shot from Cliff Nyakeya helped Kenya beat Zambia 2-1 in Nairobi.