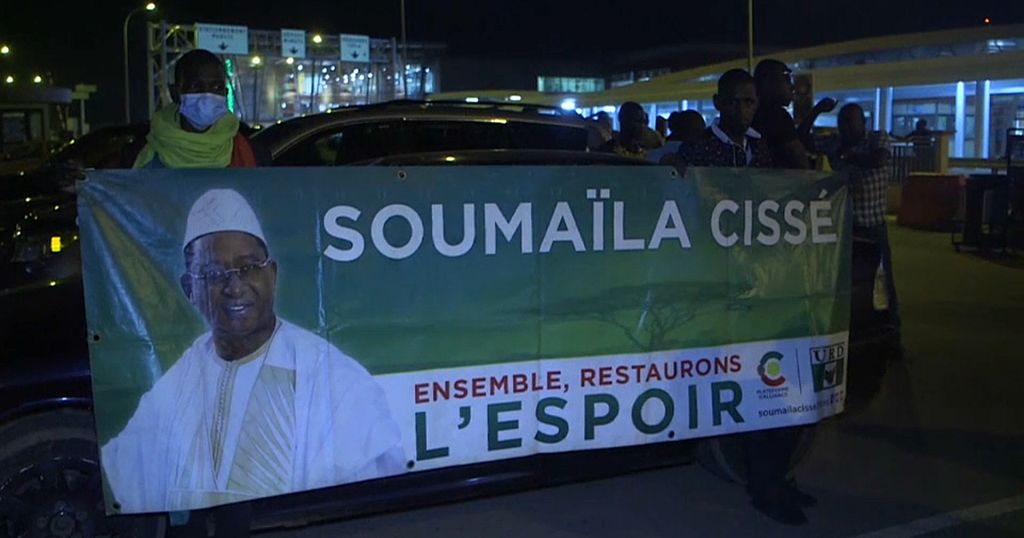 They waited for hours throughout the night, to no avail.

Supporters of malian political figure Soumaïla Cissé gathered to celebrate the announced return of their candidate, who has been held hostage for over six months.

Soumaïla Cissé was campaigning in Timbuktu ahead of the legislative elections when he was kidnapped on March 25th.

“The information that we have at the moment, we do believe it because from Tessalit we have heard there has been an exchange, with the French (woman) and he should be here, we are ready for that. We are confident and we hope too that he is safe and sound“, says Daouda Yatare, a Cissé supporter.

Another hostage, French aid worker Sophie Petronin was too said to be free. But again, authorities refused to comment.

Petronin, has been kept in captivity since December 24th 2016, after she was abducted by armed men in the Northern city of Gao.

In the last video where she appeared, Petronin along side other hostages seemed very weak, prompting further calls for her release.

According to local media, Soumaïla Cissé had been seen in Tessalit in the North of the country, and should have flown from Kidal to capital city Bamako.

But again none of these informations has been confirmed by malian authorities.

Should the three time presidential elections runner up be freed, the return of Cissé would be a fantastic move on the malian political scene.