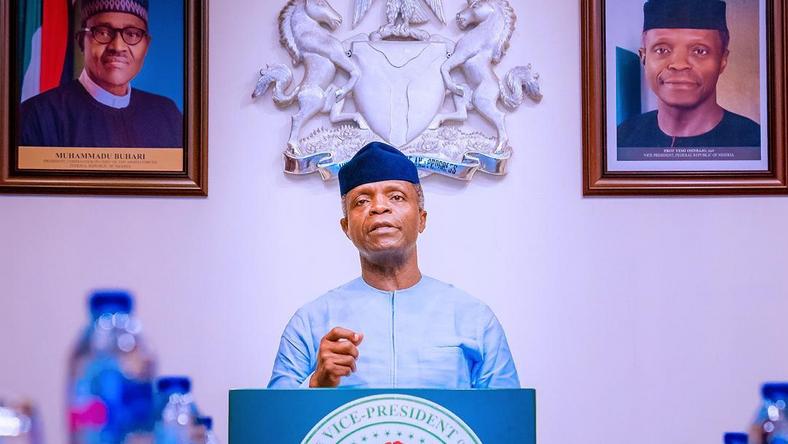 Osinbajo made this submission at the closing session of the two-day Joint Executive-Legislature Leadership Retreat on Tuesday in Abuja.

According to him, there is no pure practice of the doctrine of separation of powers; hence the need for flexibility.

“The Anglo-American traditions that we hold on to in support of the separation of powers are not pure; so, for example the U.S. Vice President serves as the president of the Senate and presides over the Senate’s daily proceedings.

“In the absence of the Vice President, the Senate’s president pro tempore, and others designated by him, preside.

“As one of the Senate’s constitutional officers, only the Vice President has the authority to cast a tie-breaking vote.”

Osinbajo said that in the country that had the most advanced jurisprudence on separation of powers, they were wise enough to provide for a concrete bridge between the executive and the legislature.

“So, if that were to be in Nigeria all the Ministers would be either Senators or members of the House of Representatives.

“So, these countries we look up to recognise that any strict separation of powers will impede development, impede governance and short change the people.

“So, my brothers and sisters, it is time to focus on what we have been elected or appointed to do; this is the welfare of our people.

“The law and practice as between parliament and executive is a means to an end not an end to itself; the means must not jeopardise the end.

“Our people just want food on their table, shelter over their heads, clothing on their bodies, healthcare and education for their children and themselves.”

According to him, the good legislator or good minister is not the one who is waving the law, and procedure and doctrines but the one who believes in securing the maximum welfare, freedom and happiness of every citizen.

He said that the good legislator and minister must do all in their power to serve the needs of the people, even if it meant walking the fine lines, as Ali Wudil said, between the law and reality.

“The real usefulness of this dialogue will emanate from the suggestions the President made yesterday, by the constitution of technical committees of the executive and legislature who now make the well reasoned recommendations that we must implement.

“President Muhammadu Buhari has already committed to implementation and I trust that the leadership of the National Assembly will do the same,” he said.

The recommendations of the retreat were presented by Prof. Ibrahim Gambari, Chief of Staff to the President, who was represented by FCT Minister, Mohammed Bello.

Gambari, in the recommendations, said that there should be a concrete understanding and working knowledge of both the executive and legislature.

“An effective confidence building measure should be put in place in the governance process to ensure mutual respect and cordial relationship between the executive and legislature.

“The creation of an effective conflict management and resolution mechanism in resolving areas of disagreement between the executive and legislature in overall national interest.

“Modalities for better access, interfacing and engagement between the leaderships of both arms of government, the National Assembly committees and MDAs should be worked out by the Secretary to the Government of the Federation and National Assembly-Executive Liaison,” he said.

He said that pursuant to the directive of President Buhari and concurrence by Leadership of the National Assembly and participants, a Joint Technical Committee would be constituted.

Gambari said that the committee would, among other things, align government’s nine-point priority agenda with the legislative agenda of the Senate and House of Representatives to increase synergy and coordination of government policies and programmes.