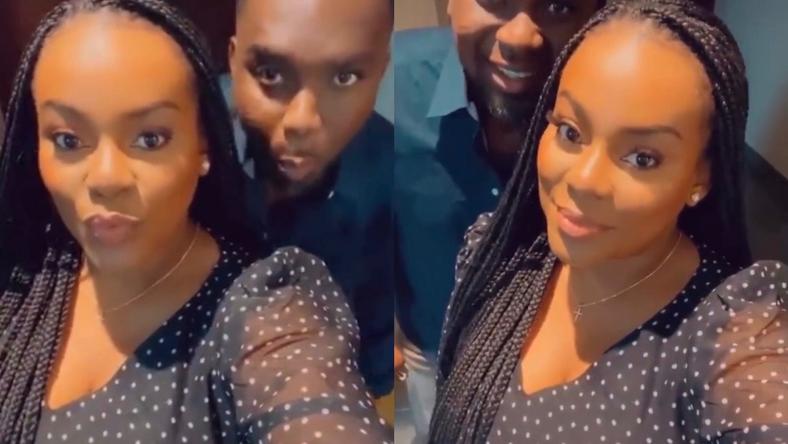 Salomey Selassie Dzisa, who become the “Bo Noo Ni” hitmaker’s wife a few months ago, still can’t get over her loving husband as she continuously shares their journey on her Instagram page.

Last weekend, the celebrity couple went out for dinner, and after the dinner, Selassie described Joe Mettle as ‘the real deal’.

Selassie documented their outing in her Instagram story for fans to have a feel of the fun they had.

Recently, Joe Mettle trashed reports that he impregnated his wife before marrying her.

Blogger Zion Felix caught up with Joe Mettle and when asked if was indeed expecting a child he said “I don’t know where that is coming from but it is one of those things, You know me better if even there was any comment like that you won’t hear it from me. But they are the ones saying it but I don’t know”.

Pushed to give a clear response, he said “You want me to say yes or no. Ok it’s not true, whatever story is out there is not true” but Joe admitted that he has been hearing the rumours too. “Yes I hear it all but the beautiful thing about the ear is that it’s two, so when it enters at this side, it comes out at the other side”.

READ MORE: Joe Mettle trashes reports that he married his wife because of pregnancy

Speaking about his wife and his family becoming a thing of public interest, he noted that “I am the one who has my life out there, she’s a private person and it’s going be like that”, adding that it will his wife’s decision if she wants that public attention or not.

Joe Mettle and Selassie tied the knot in traditional and white wedding ceremonies in August this year at Christian Centre Assemblies of God Church in Tema.

The glamourous ceremonies were graced by Joe Mettle’s colleagues in the gospel music industry such as, Ohemaa Mercy, Ceccy Twum, SP Kofi Sarpong and Eugene Zuta.