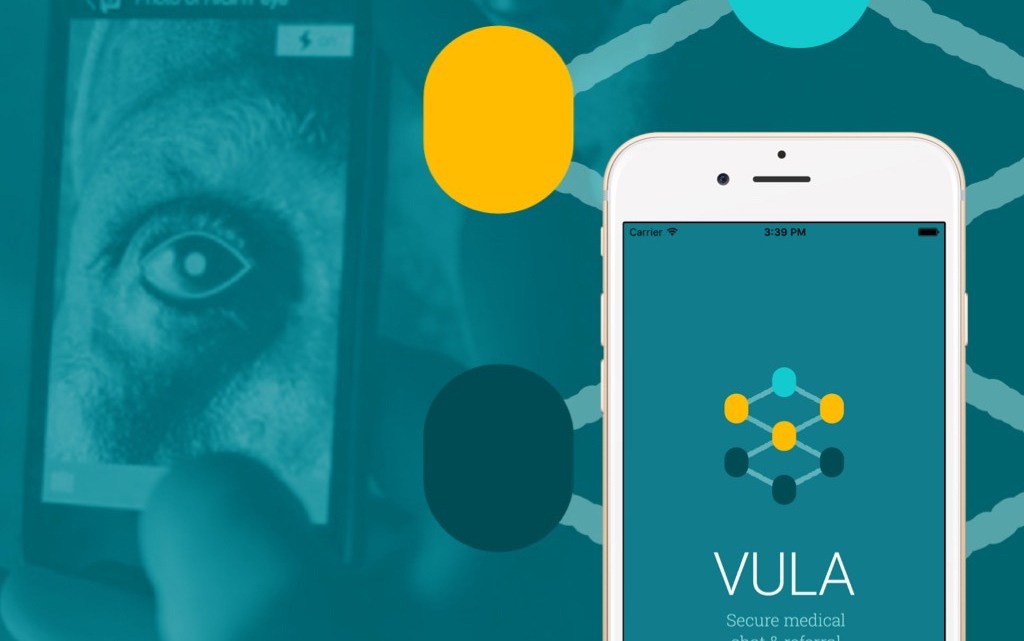 Vula Mobile, winner in the ‘Best Health App’ category of the 2019 MTN Business App of the Year Awards, has confirmed that where specialised expertise and technology combine, help can be brought closer to those who need it most.

“Vula Mobile’s vision is to allow every healthcare worker to have access to specialist advice at primary healthcare level,” says founder of the app and service, Dr William Mapham. His brainchild now offers access to more than 4 000 doctors and helps more than 19 000 patients per month. The range of specialities catered for include ophthalmology; cardiology; ear, nose and throat; burns; family medicine; HIV/ Aids; and orthopaedics, among others.

The idea for Vula Mobile surfaced when Mapham was volunteering at the Vula Emehlo (‘open your eyes’) eye clinic in Swaziland, which focused on cataract removal. Being the only facility of its kind in the kingdom meant that specialists were often required to travel to see patients – a process that cost valuable consulting hours.

“It was then that I thought about developing an app that would do away with the driving time,” recalls Mapham.

The first version of Vula Mobile, which at that stage only served ophthalmological needs, was born.

Today, a healthcare worker needing help from a specialist can access more than 53 disciplines, and typically gets feedback within 15 minutes of logging information and pictures supplied in a form which meets the discipline’s particular requirements. Where necessary, a dedicated chat-line can be used for one-on-one consultations.

“Essentially, Vula Mobile has taken away the need for outdated fax machines and landlines that have been constant companions to rural health workers, and has been able to relieve the frustration of not being able to help a patient,” says Mapham.

In many ways, this type of technology is helping to avoid a recurrence of an unfortunate experience Dr Mapham had while serving as a junior doctor in a rural Eastern Cape clinic many years ago.

It was in 2004, he recalls, that he saw a patient who had a severe eye condition. Realising that specialised attention was needed, he wrote a referral note and urged his patient to travel to Umtata to get treatment. Seven years later, he saw the same patient. The man had not been able to travel to Umtata at the time, and had lost his sight in the eye that had needed treatment. The tragedy was that the medicine required had been available at the initial treatment site, but no one had the clinical or specialised experience to realise it.

Dr Mapham realised that his app could be a major game-changer in preventing further cases like this, and continued to build onto the functionalities of the app in the years following its launch.

The impact that Vula Mobile can have on healthcare was aptly summarised in a 2019 paper in the South African Medical Journal. The article described the use of the Vula Mobile app over a set period by clinicians in the Orthopaedic Surgery Division at Tygerberg Hospital, who used the app as an additional resource to ‘traditional pathways’.

“A total of 2 275 referrals from 39 different facilities were received from 238 individual users; 50% of referrals received a response within 11 minutes. Although the most common referral outcome was an immediate transfer, one-third of the patients were treated at the referring hospital with advice only.

“The large volume of orthopaedic referrals received through the Vula Mobile app suggests that it represents a successful alternative to traditional referral methods. Referrals managed by advice only could suggest that Vula Mobile facilitates some relief for overburdened trauma services.”

The Department of Health’s Dr Yogan Pillay, the Deputy-Director General covering communicable and non-communicable diseases, recently said that since 2014, the app had demonstrated its value at multiple levels.

According to Pillay, “a review revealed that the app had reduced unnecessary referrals by up to 31%, and that heads of clinical departments were using the online dashboard for real-time clinical governance, generating monthly reports, and for research”.

More recently, during the ongoing COVID-19 pandemic, Vula Mobile has proved its worth by playing a role in the national ‘Doctors-on-call hotline’. More than 450 doctors from the private sector joined the service in response to a call for a public service to allow South Africans to dial in and speak to a doctor about the virus.

Calls are documented and reports are generated using the Vula Mobile app. At the same time, referrals to the National Institute for Communicable Diseases (NICD) for testing and results are captured on the app.

Kholo Magagane, Head of Marketing at MTN Business, says the Vula Mobile app entry into the 2019 edition of the MTN Business App of the Year Awards showed the potential that apps have for tangible, positive social change.

“Harnessing the power of technology to bring specialised medical services to areas where interventions are urgently needed goes a long way to improving the quality of life of South Africans, while enhancing the standard of primary healthcare in our country. That’s why we’re so excited to get behind our home-grown innovators who are creating meaningful solutions designed to address real-life problems,” concludes Magagane.

This year marks the ninth edition of the MTN Business App of the Year Awards. It is aimed not only at encouraging the efforts of local developers, but on further building an industry that will contribute to transforming key sectors in SA, while rebuilding the economy.

With entries closing on 29 September, this year’s awards ceremony will be live-streamed on 29 October 2020. Updates on the competition will be posted on @MTNBusinessZA on Twitter. Anyone interested in participating in the conversation can follow #mtnappawards.

Focusing on Africa’s challenges and opportunities in digital health