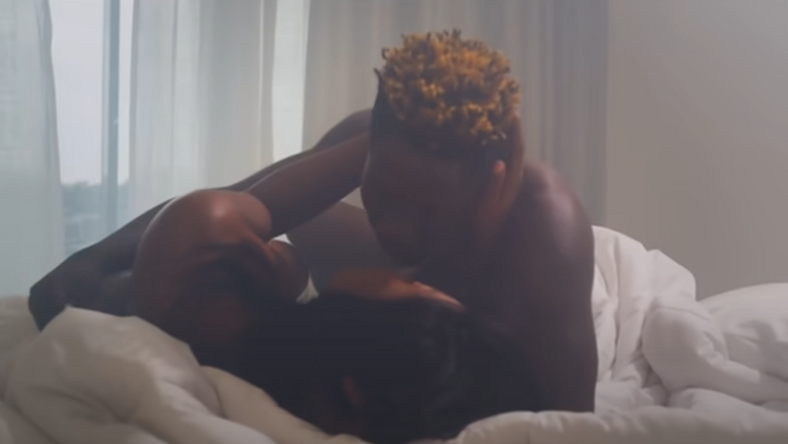 The dancehall act released a new music video, which features Efia Odo as a vixen and from kissing to smooching, they were also captured in multiple compromising positions in bed and naked in a bathtub together, in an eyebrow-raising manner.

Viewers of the video have since been suggesting that something more than just make-believe acting may have happened during the shooting of the music and Shatta Wale has come out to clear the air.

In a tweet he shared, he wrote “I’ve noticed most of you think me and my bestie did the tin but nothing happened ooo” and added a laughing emoji. The music video is for a new Shatta Wale song titled ‘Bad Man’.