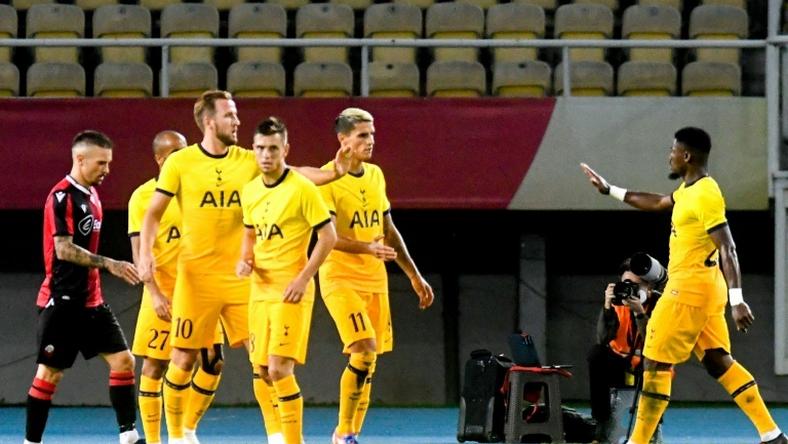 “He cannot play tomorrow or even at the weekend, that I can confirm,” said Mourinho, whose team’s hectic schedule continues with a trip to Manchester United in the Premier League on Sunday.

“He is working very hard, very committed, very professional, very happy, but not yet for tomorrow or for the weekend.”

Bale has been struggling with a knee problem since returning to Spurs on loan from Real Madrid and has been left out of the latest Wales squad for the upcoming international fixtures.

Spurs have an extremely tight turnaround after beating Chelsea on penalties to reach the quarter-finals of the English League Cup on Tuesday.

Mourinho’s side have reached this stage of the Europa League by winning awkward ties away to Lokomotiv Plovdiv in Bulgaria and Shkendija in North Macedonia.

Now they are looking to join fellow Premier League sides Arsenal and Leicester City in Friday’s draw for the group stage.

Other notable play-off ties on Thursday include Steven Gerrard’s Rangers at home to Turkish giants Galatasaray, whose squad features the likes of Radamel Falcao and Arda Turan.

“This is a huge fixture for us and it’s vitally important we get through it and come out victorious,” said Gerrard, whose side top the Scottish Premiership table and are aiming to reach the Europa League group stage for the third season running.

Their Glasgow rivals Celtic face a tricky test away to Bosnian champions Sarajevo, who dropped out of the Champions League in the second qualifying round like Neil Lennon’s team.

Elsewhere, seven-time European champions AC Milan, these days looking to restore their continental reputation, are away at modest Portuguese side Rio Ave aiming to clinch their place in the group stage.