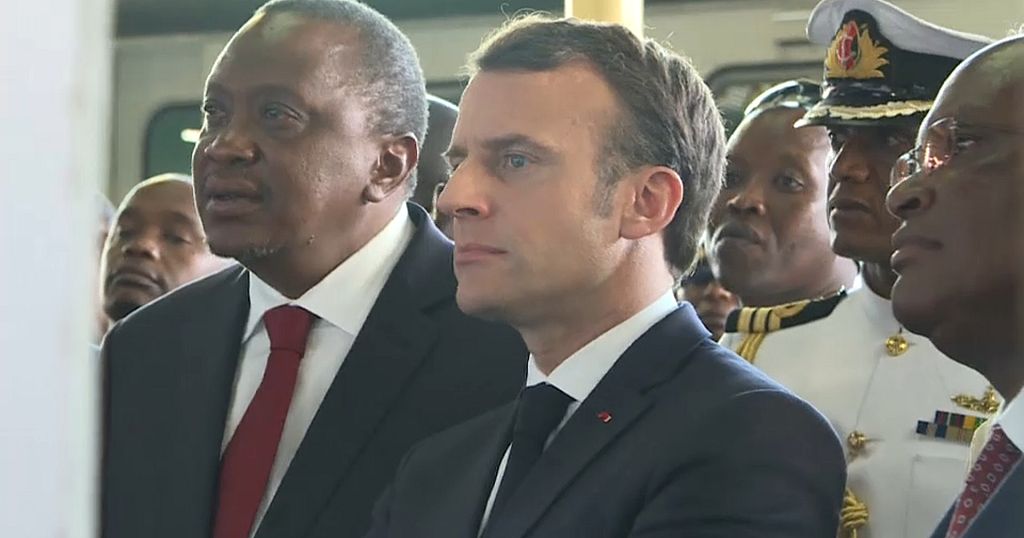 After receiving the French president in March last year, Kenya’s leader Uhuru Kenyatta is on a visit to Paris. The President will meet his French counterpart Emmanuel Macron at the Élysée Palace.

Kenyatta who would be accompanied by five ministers is expected to attend a public investment bank conference, and meet with French employers.

They will also sign several PPP agreements on water, infrastructure and energy. A major road contract worth 1.6 billion euros piloted with Vinci is expected to be signed.

This will be the Kenyan leader’s first trip post Covid-19 pandemic, which saw his country’s airspace closed for both domestic and international flights.

The five day visit is seen by many as an effort for Kenya. east Africa’s biggest economy to ramp up its bilateral relations.

In March 2019, Emmanuel Macron visited Kenya, the first official trip by a French head of state to Kenya since independence. The two presidents committed to several infrastructure projects.

Despite the very strong Chinese presence in the Kenyan economy, France has said it is attracted by Kenya whose growth has propelled it in a decade into the club of middle-income countries.