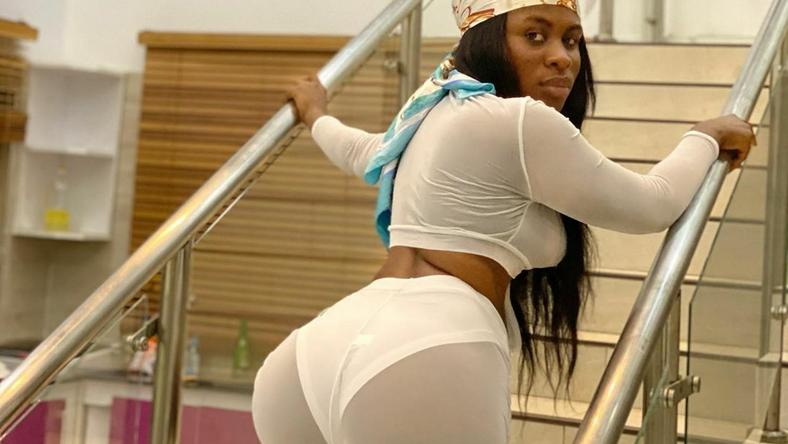 This time, she shows off her cleavage and tapes her nipple (probably with the intention of protecting her modesty) in a new adult video.

She appears having fun while rocking the dress, however, she ended up exposing her bare chest which also shows that she used tapes to cover her nipples.

This isn’t the first time the Kumawood star, who has been gaining notoriety with her growing risqué personality on social media, has gone completely nude for the gram.

In 2019, Yaa Jackson appeared at a concert while literally naked. She stormed a stage in Kumasi and her risqué outfit left the crowd stunned.

With a bikini bottom as an underwear, the 20-year-old wore a transparent costume which left her front view on wild display, using stripes of tape to cover her nipples.

But in May this year, she said in an Instagram post that she has given her life to Christ.

She shared a post wearing a decent dress with the caption: “Past life over. Recognized my saviour now and in him is life. I’m more than aware now we will die and leave everything on this earth.” Adding why she is making this decision now, she added in her caption that “My repentance is because of the Death happening across the world now.”