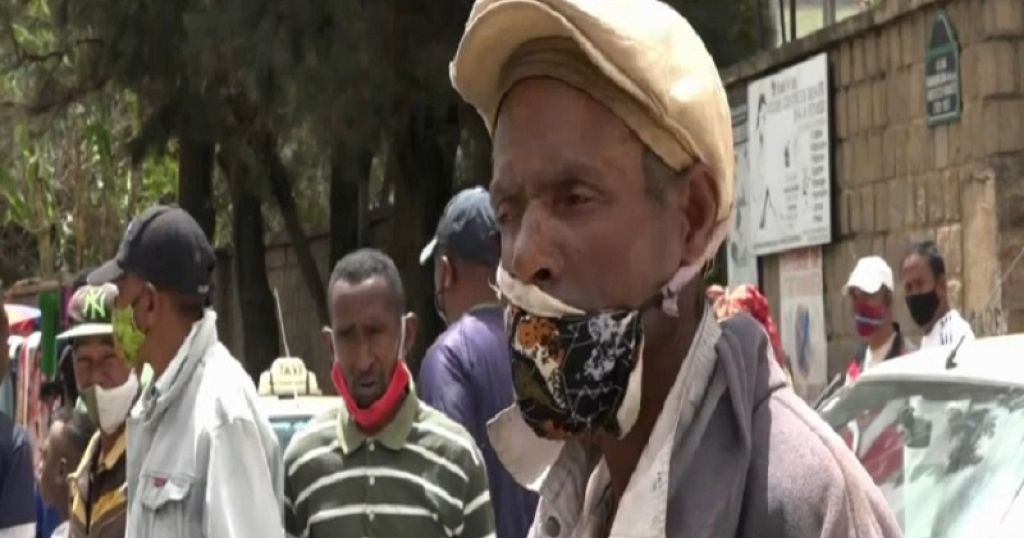 Over 5 months of lockdown in light of the Covid-19 pandemic and Esther has finally returned to work in Madagascar’s capital. The mother of two makes a living selling steel wool which yields a daily 23 Euro cents — barely enough to feed her family. And to make matters worse, she will most likely have to pay an 11.14 Euros fine issued by the Antananarivo City Hall for each day she sells her goods on the street.

Esther Ravahoarisoa, shares her financial frustrations as a street vendor, “We were deeply in debt during the lockdown, the street vendors could not sell their goods. And now, we manage to sell a little but I receive a fine of 11.04 euros so how am I supposed to pay this fine selling steel straws at 4 euro cents? ”

Resident squalor, littering the streets or conducting business in public spaces are now banned by the municipal hygiene code — which contains 69 regulations that can result in a fine as high as 865 euros if not respected.

Local resident René makes a living as a street mechanic, but now his 15-year profession could cost him around 68,000 euros, “This law will further encourage the inhabitants to become criminals because there are thousands of mechanics and roadside workers. It is with this work that they support their families.”

Even supposedly making noise has been banned. For dog-owner Felena Andrianary, she would have to pay a fine if her canine companion’s barking is considered noisy. She appears a bit bewildered by the law, “I don’t know at what time my dog is not supposed to bark. I am not sure if I pay the 11 euro fine as soon as my dog barks once or if it is only at night he shouldn’t bark?”

To clarify the confusion on the hygiene regulations, the City Hall will train close to 150 agents — police officers and district officials to inform and warn the public before issuing fines.

Tsiresy Rabeharisoa, Director of Commune Communication, states the official position on the subject matter, “It’s a cautionary measure to create a sense of living well together within the community. In other words, you must have hygiene rules. Hygiene rules are clear, we’ve seen them with the pandemic that happened and also with others such as the plague and cholera. If the streets are dirty, if no one is committed, the commune does its job, but citizens also have a duty and responsibility.”

“Antananarivo City Hall has assigned the task of convincing the community of the usefulness of these new measures in two months. An undertaking that promises to be difficult as a few days ago 100 street vendors staged a protest against the new municipal hygiene code.” – Volana Razafimanantsoa for Africanews.