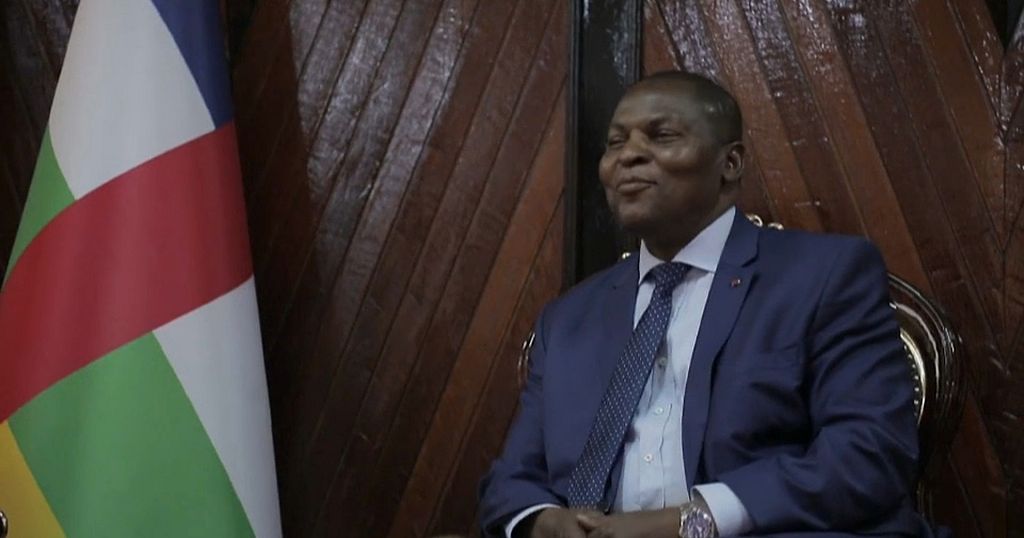 Central african republic president Touadera has announced on saturday he will be running for a second term in office.

“It is a heavy duty, a very heavry one. I accept to be your candidate“, Touadera said in front of his party members in capital city Bangui.

If the President hadn’t officially announced he would be the Mouvement Coeurs Unis (MCU) party candidate, the news sure doesn’t come as a surprise for members of the presidential party.

Faustin Archange Touadéra now joins a dozen of candidates, amongst which former president François Bozizé, who has come back to the CAR after years in exile.

7 years after François Bozizé was overthrown by the mainly muslim Seleka coalition, the Central African Republic is supposed to be hosting its presidential election on December 27th.

Since 2013, two thirds of the country have been controlled by rebel militias. Many fear that with the elections approaching, violence would once again surge in the african country.