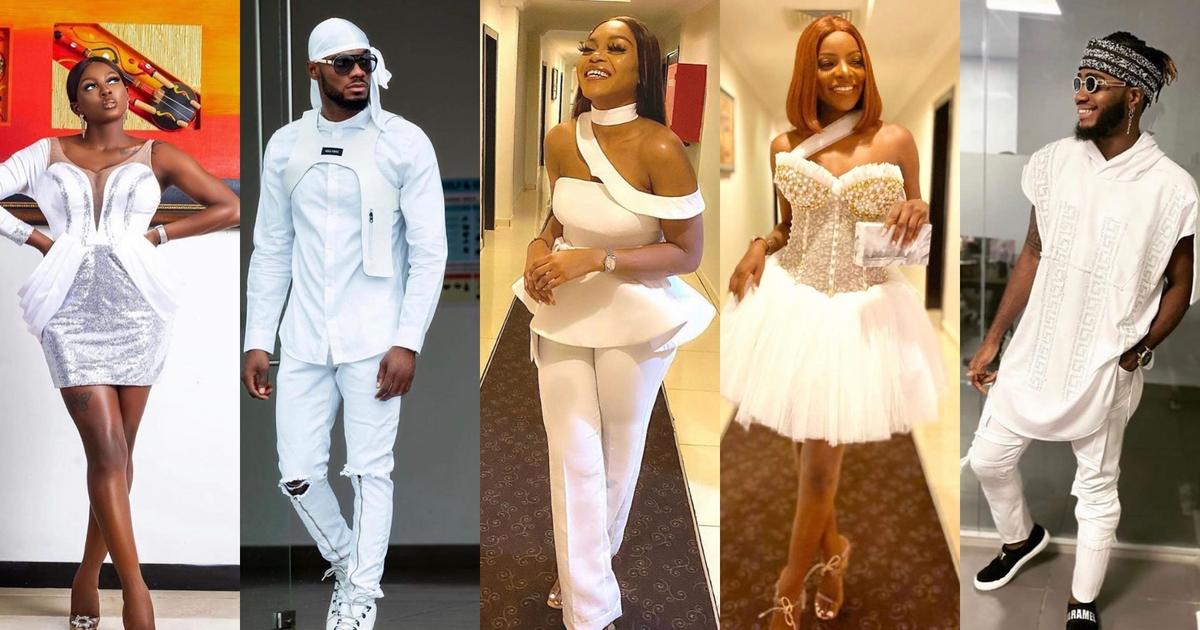 The All White themed party had DJ Neptune on the wheels of steel with a live performance by Praise.

Amid Twitter reactions calling out DJ Neptune’s dejaying skill, the housemates appeared to have had an amazing time. Away from Neptune’s sometimes riveting playlist was Praise’ applaudable live performance of some of his hit songs.

Praiz, Tolanibaj, BrightO and Prince, the undisputed kings and queen of the dancefloor ultimately brought back the nostalgia from the past weeks.

Impressively, even the season’s renowned couch potatoes took to the dance floor. Kiddwaya also made a few signature dance moves

Housemates were separated by barricades

While the party had both evicted housemates and finalists in attendance, the organizers made sure to set up a nice glass barricade between them. This was probably in line with the Covid-19 preventive measures they have taken since the show kicked off in July.

Despite the barricade, the housemates excitedly exchanged pleasantries and tried to get in a few moves.

Lilo & Eric shippers, get in here!

After long minutes of speculating if the former lovebirds were at least on talking terms, they reunited on the dancefloor with a few moves soon interrupted by other housemates.

The disqualified housemate was conspicuously absent at the get together clearly due to the circumstances surrounding her exit from the show.