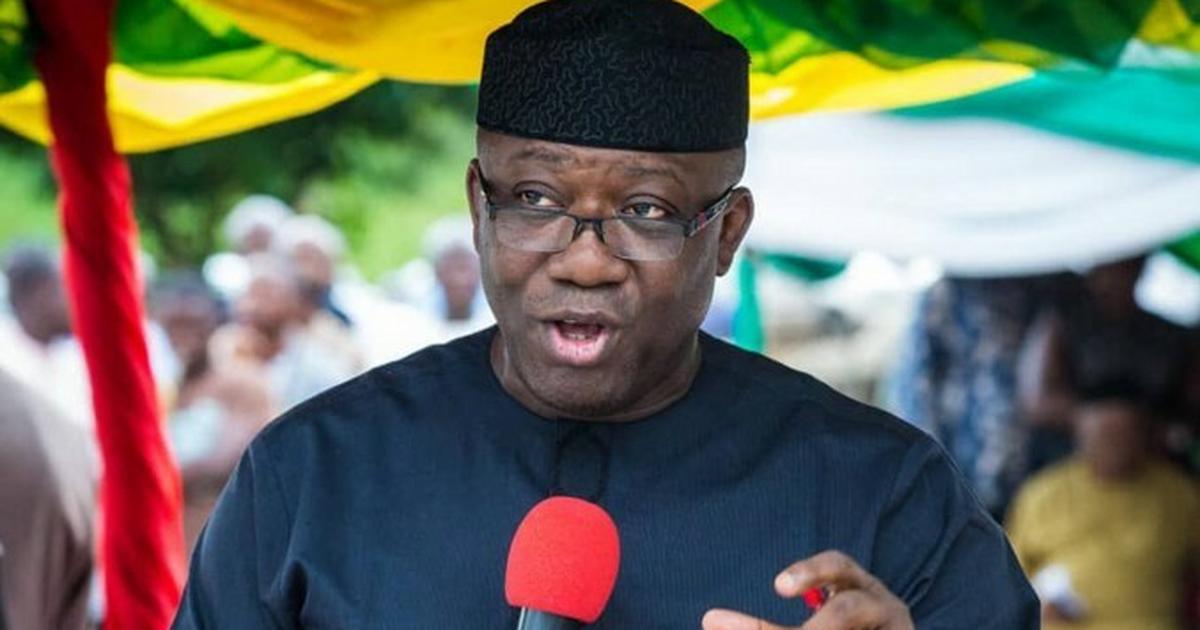 The State Executive Committee of the party had suspended Governor Fayemi over alleged anti-party activities, as the committee accused him of holding meetings and fraternising with PDP governors.

But in a statement in Friday, September 25, 2020, Fayemi’s Chief Press Secretary, Yinka Oyebode, the governor faulted the suspension, saying he remains the leader of the party in Ekiti State.

Oyebode said those behind the governor’s suspension belonged to an “unknown group”.

He said, “The All Progressives Congress as a party is governed by laws. Members of the group cannot hide under their recent suspension to announce a dubious suspension they lack the locus to handle.

“While one would have dismissed their claims as another failed attempt to polarise the party in the state, it is also important to put it on record that the action of the group smacks of criminal impersonation as none of those who signed the purported suspension letter was executive members of the party at ward, local government or state level.

“The action is but a joke taken too far as they never had such power they want to arrogate to themselves while they were members of the party, much less now that they have been suspended.

“Governor Fayemi however, remains unperturbed by these antics of the suspended members.

“Fayemi remains the indisputable leader of the APC in the state.”

Meanwhile, the APC at the national level has nullified the purported suspension of Gov. Kayode Fayemi of Ekiti State by the party’s state chapter.