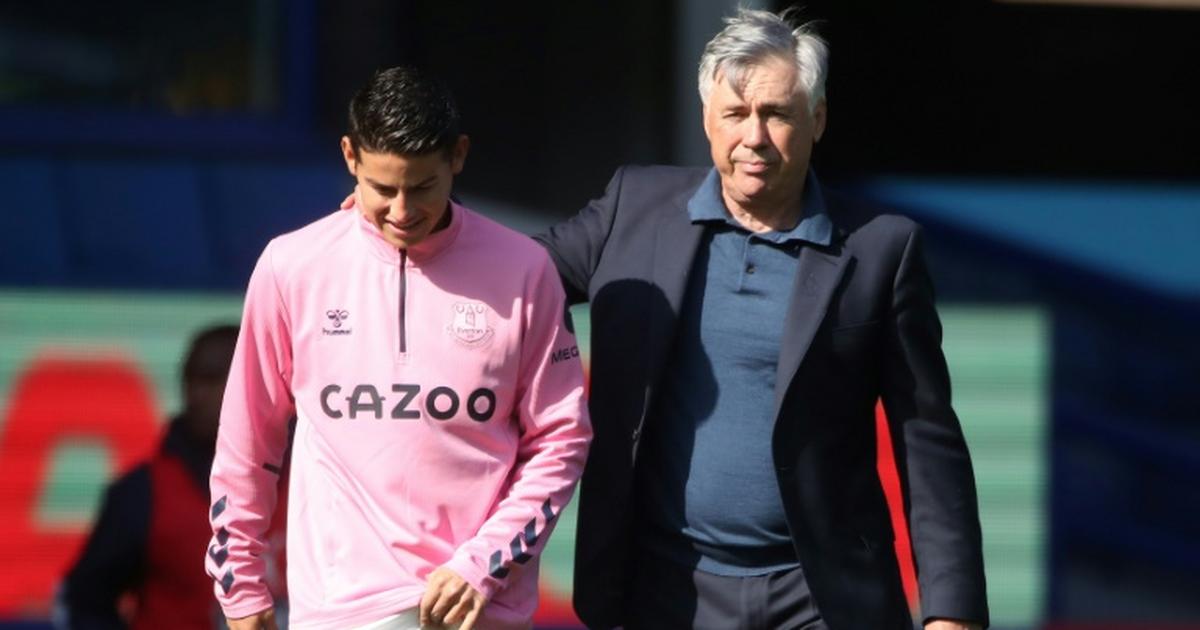 James has made an instant impact since joining from Real Madrid as the Toffees have won their opening two Premier League games of the season for the first time in seven years.

Ancelotti previously worked with the Colombia midfielder in the Spanish capital and at Bayern Munich and while he will not hold his front two to the standards of Cristiano Ronaldo, he believes they must improve on their goal return during his first season in charge.

“I think James Rodriguez is going to help the strikers because he is a fantastic assist man,” said Ancelotti.

“The target for Dominic is I hope he can reach 20 goals because he has the quality and ability, like Richarlison.

“With James at the time in Madrid, Ronaldo scored 56 goals: I am not honestly going to ask Dominic to score 56 goals but he has to try to do his best.”

Calvert-Lewin already has four to his name after scoring his first career hat-trick in a 5-2 win over West Brom last weekend, while Richarlison opened his account for the season with a double in another 5-2 victory over Fleetwood in the League Cup on Wednesday.

“I think if they do not score at least 20 goals each they can have a problem with me,” added Ancelotti.

“I said to them ‘You have to score at least 20 goals each’ and I hope Moise (Kean) also, he has the possibility. He has played two games and scored two goals.

“If I play as a striker and I have behind me James, (Gylfi) Sigurdsson, (Andre) Gomes I can score goals and so they have to.”

At the other end of the field, England number one Jordan Pickford is under the spotlight as he was at fault for both Fleetwood’s goals in midweek.

However, Ancelotti said he is not considering buying a new goalkeeper or dropping Pickford.

“There is a lot of focus on him but, I have to be honest, he started really well and did a fantastic match against Tottenham. I am not really focused on him, like you (the media),” he added.

“He is a great goalkeeper. He has my total confidence.”