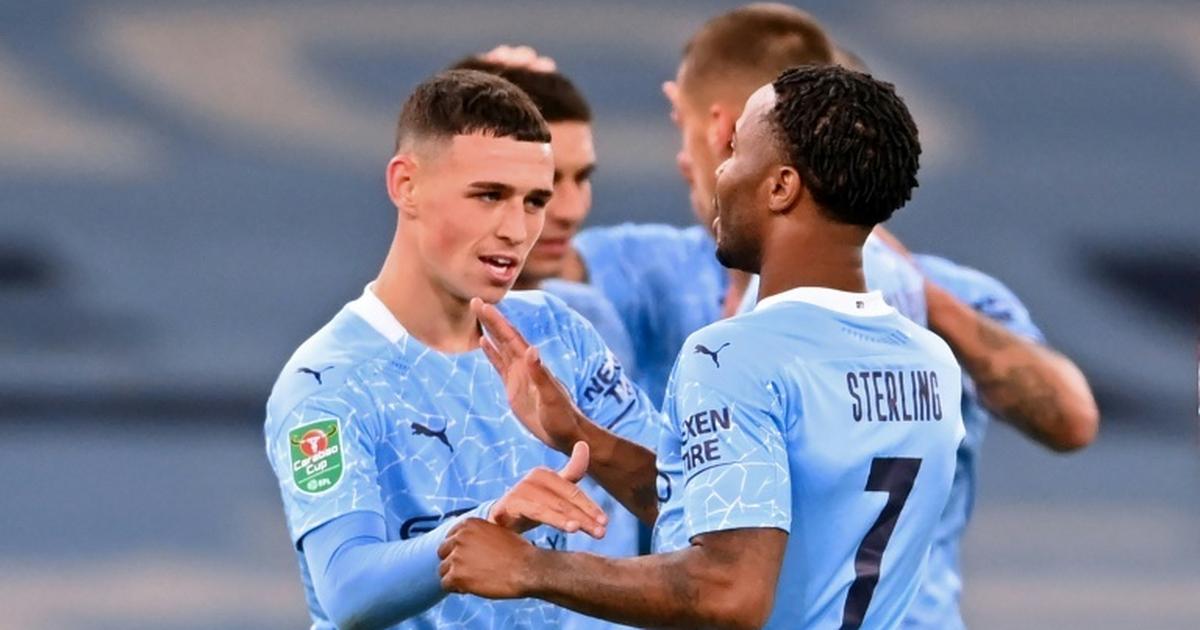 City have won the comptition for the past three years, but Pep Guardiola admitted he had been forced to name a youthful side to prioritise their Premier League campaign due to a shortened pre-season and a series of positive coronavirus tests.

Liam Delap, son of former Stoke midfielder Rory Delap, took just 18 minutes to score on his City debut with a fine finish into the top corner from Foden’s pass.

However, the lead lasted just four minutes as Bournemouth’s Sam Sturridge spun inside the City box before firing into the far corner.

Guardiola introduced the artillery he had on the bench after half-time in Kevin de Bruyne and Raheem Sterling, but it was another first-team regular in Foden who made the breakthrough after Riyad Mahrez’s shot came back off the post. City will travel to Burnley in the last 16.

Liverpool will face Arsenal twice at Anfield in three days next week after Jurgen Klopp’s much-changed side hit Lincoln for seven with Takumi Minamino and Curtis Jones both scoring twice.

Xherdan Shaqiri opened the floodgates with a brilliant free-kick that clipped the underside of the bar.

Minamino curled home to double the Premier League champions’ lead before Curtis Jones struck twice in four minutes to make it 4-0 before half-time.

A minute into the second-half, Minamino had his second, but League One Lincoln responded to get two goals to remember the night by.

But Liverpool continued to find the net at the other end as Marko Grujic briefly made it 6-1 before Divock Origi rounded off the scoring.

Bertrand Traore marked his Aston Villa debut with a stunning side-foot volley to score his side’s second goal in a comfortable 3-0 win at Bristol City.

Anwar El Ghazi opened the scoring 11 minutes in before Traore showed why Villa spent £17 million ($21 million) to sign him from Lyon last week with a cute finish from a narrow angle.

Another Villa new boy Ollie Watkins then grabbed his first goal for the club 17 minutes from time as Dean Smith’s men set up a last 16 clash with Stoke.