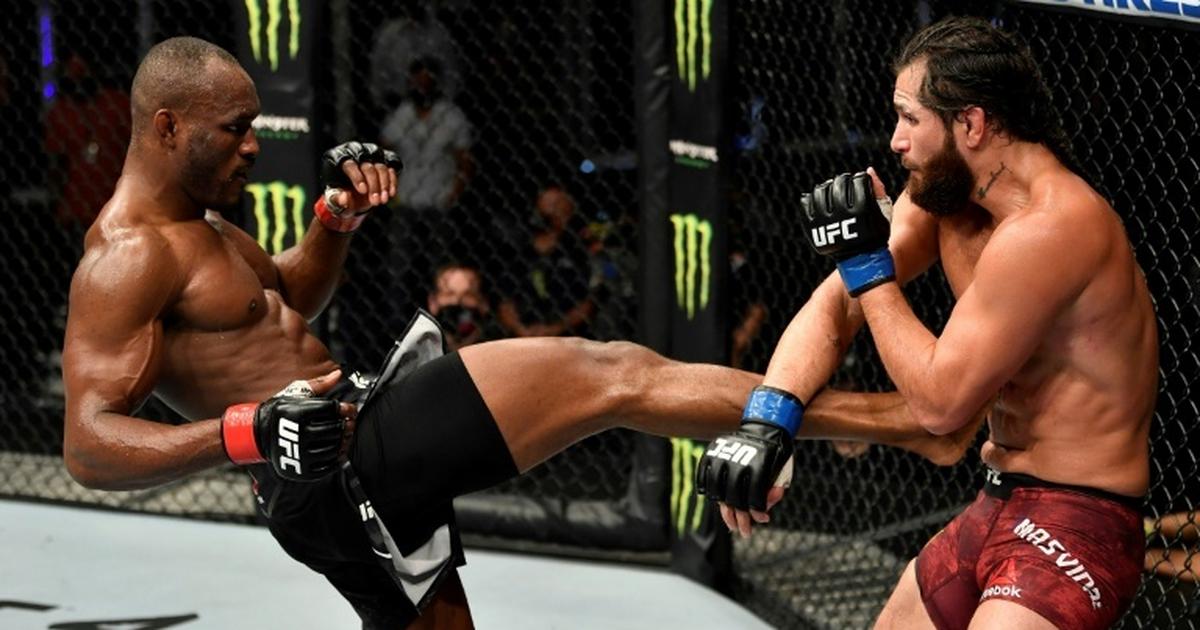 The 33-year-old Nigerian, a welterweight champion, believes this is only just the beginning for African fighters already signed by the Las Vegas-based UFC – the sport’s leading global promotion – and for the next wave of African fighters who will follow them.

“There’s just so much talent coming out of Africa,” Usman told AFP in a virtual interview. “I know there are kids now who see me and I look like them. They know I’ve seen their paths, I’ve walked that journey. It’s powerful.”

The Florida-based Usman (17-1) claimed the UFC’s welterweight belt with a unanimous decision over American Tyron Woodley (19-6-1) in March 2019 – and he has since defended it twice, with a TKO victory over American Colby Covington (16-2) last December and an unanimous points decision over compatriot Jorge Masvidal (35-14) in July this year.

In October 2019, fellow Nigerian-born New Zealander Israel Adesanya (19-0) claimed the organisation’s middleweight belt with a knockout of Australia’s Robert Whittaker (21-5), and he steps out again on September 26 to defend it against Brazilian powerhouse Paulo Costa (13-0) in what many around the sport are predicting will be a fight of the year contender.

“There’s just something about us, and where we’re from, that connects us,” Usman told AFP, speaking from Las Vegas.

In the UFC heavyweights, the number one-ranked contender is the Cameroonian-born, France-based Francis Ngannou (15-3), destined to soon face off against American title-holder Stipe Miocic (20-3), while the likes of Nigerian-American lightweight Sodiq Yusuff (11-1) and Texas-based Ghanaian welterweight Abdul Razak Alhassan (10-2) are considered serious threats in their respective divisions.

It’s been a remarkable 16 months for Usman. He won the welterweight title – and defended it twice – and in February was reunited with his father Muhammed Nasiru Usman, who had in 2010 been convicted on a series of health care fraud charges and had served close to 10 years of a 15-year sentence.

“I dealt with it but it was tough,” said Usman. “As an African boy there’s a need to excel for your parents. I was like that. It happen when I was becoming nationally recognised. I was looking for that approval (from him) and I didn’t have my dad to rely on anymore. It bothered me for years but we were always close and it stayed that way. Having him here now, the dynamic of our relationship is tremendous.”

Usman’s father – a former solider — had left his young family behind in Nigeria in 1989 to forge a new life for them in the United States. Usman was two years old at the time and it would take six years for his father to find the financial security to be able to reunite his family.

“To leave your kids and come to American to earn you visa, to give them a better life, it takes guts,” says Usman. “It takes a hustler, someone who is motivated. To go through what he has been through and still be positive and have his spirits up is inspiration to me every day.”

A standout wrestler in high school in Texas and then a three-time All-American at the University of Nebraska, Usman said he found acceptance among his peers as a young athlete.

“All over the world we forget sometimes that sports bridge the gap between cultures and between nations,” he said. “That’s what happened to me. Starting to excel in sport it started to be that I wasn’t just that little Nigerian boy, I was the wrestler who happens to come from Nigeria.”