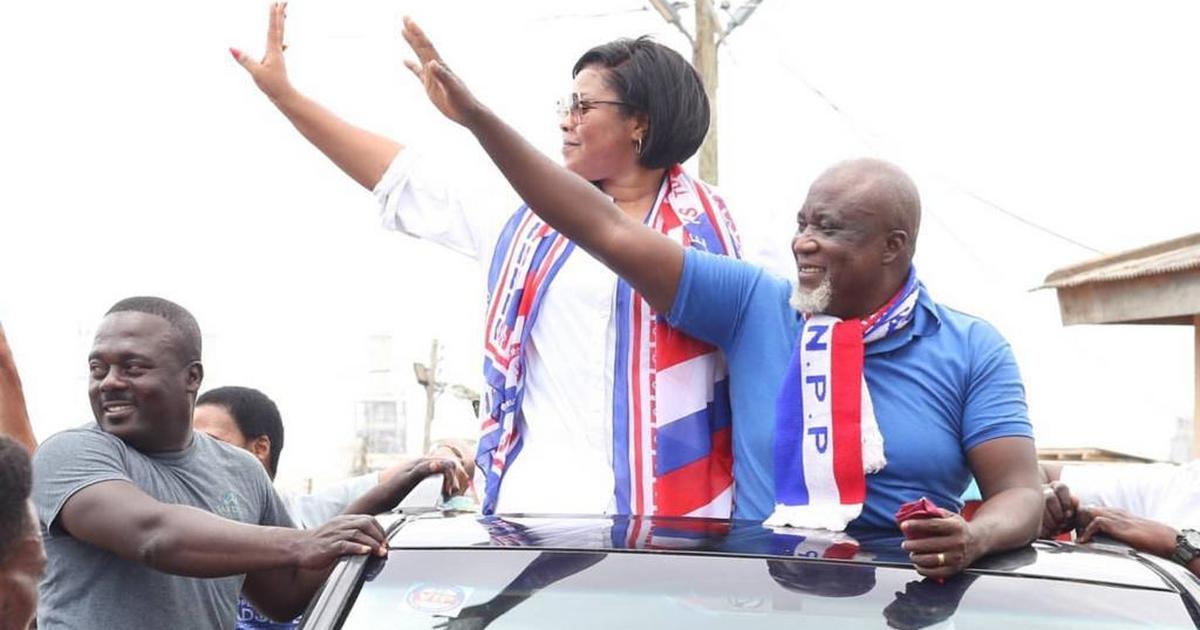 The Ghanaian gospel singer is known sympathizer of the NDC and she was spotted a few times campaigning for the then President Mahama against the NPP but love has turned the table after her marriage to NPP’s Hopeson Adorye.

The Politician and the singer got married in 2019. Later, Mr Adorye who is the Deputy National Security Coordinator in charge of Airports was elected as the New Patriotic Party (NPP) parliamentary candidate for the Kpone Katamanso constituency in the upcoming elections.

READ ALSO: I need to be rewarded for reducing unemployment in Ghana – Tracey Boakye

Accordingly, his wife has dropped her political colours to join his campaign for his seat and the NPP. The lovers were spotted together during a campaign tour. Over a photo from campaign shared by Gifty, she wrote: “Hope Has arrived indeed……..campaign tour today was glorious. 4more for Nana, 4more Hopeson“.