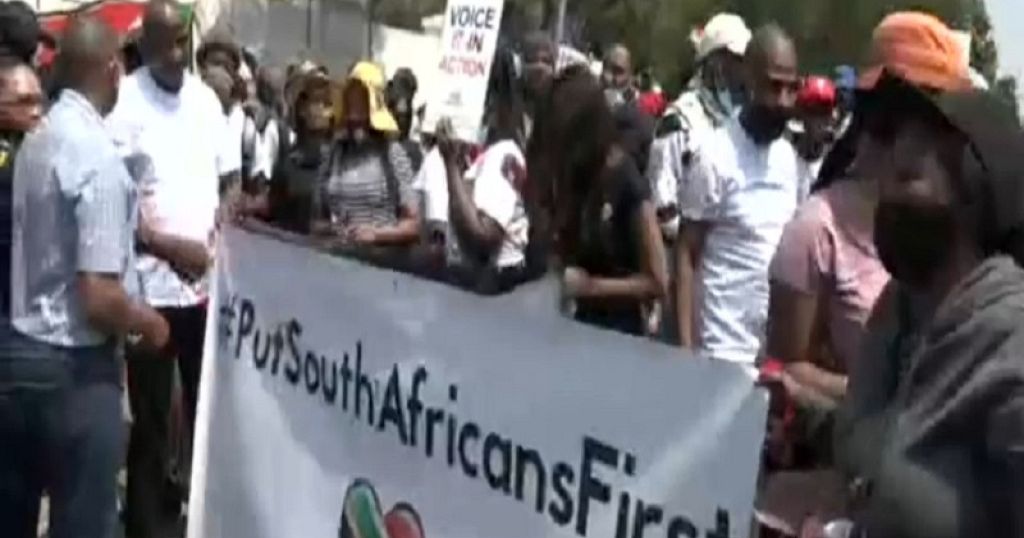 Impassioned with a Message

#PutSouthAfricansFirst was the theme of a public demonstration on Wednesday by groups of locals who marched from Church Square in Pretoria to the Nigerian Embassy — as they decried human trafficking and undocumented foreign nationals in the country.

An ongoing anti-immigrant tug of war exists between some South Africans and foreign workers — hailing from across the continent, who compete for jobs, particularly in low-skilled sectors in Africa’s most industrialised economy as South Africa has long been a magnet for economic migrants searching for better job prospects in the region.

Many come from neighbouring countries such as Lesotho, Mozambique and Zimbabwe. And still many others from further away from places like the Democratic Republic of Congo, Ethiopia, Malawi, Nigeria and even Southern Asia.

Immigrants who are gainfully employed or business owners often targets of “routine” harassment, violence and discrimination by locals and government authorities, according to a Human Rights Watch report. The organisation also stated that there is a rampant xenophobic sentiment that sees foreigners often fall victim to being scapegoats due to economic insecurity in a highly unequal society where unemployment is over 30%.

Xenophobic attacks in 2008 took the lives of at least 62 people while seven more were left dead by similar hate crimes in 2015.

The HRW accuses law enforcement officials in the country of being complicit, often operating in “discriminatory” and “abusive ways” towards non-nationals.

South Africa plays hosts to more than 2.2 million foreigners, ranging from political refugees and economic migrants to skilled expatriate workers, according to the last population census in 2011.