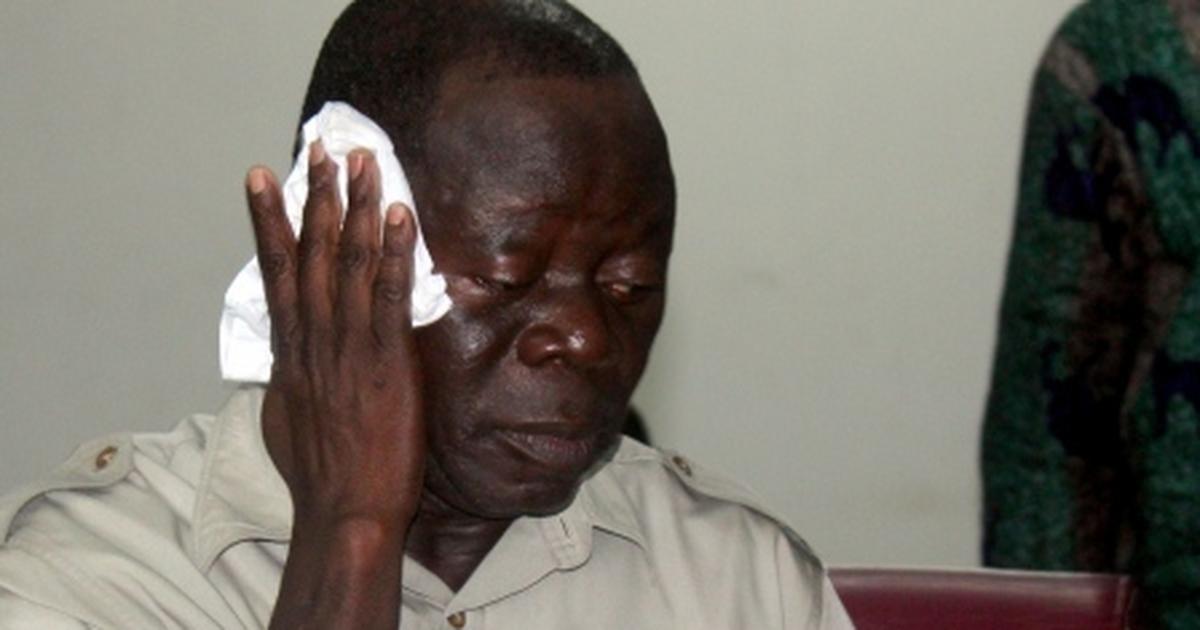 Oshiomhole said a lot of people think he was down after losing the election, saying he feels good and healthy.

He said this during his first interview with GEE Africa TV four days after the election.

The former governor of Edo State, who campaigned vigorously for the APC candidate, Pastor Osagie Ize-Iyamu before the election also narrated how he almost cried when he saw elderly women who were determined to cast their votes despite some hitches in the process.

He said, “You know in life, you work hard and leave God for the outcome, you do your best and trust God to bless your effort”.

“I thank Edo people for all they did over the past two, three, four, six weeks, people under the rain under the sun, young ladies carrying babies on their back, I saw elderly women struggling to see my small face, and on election day I was moved to tears when I saw elderly women of 70 to 75 sitting down because the card readers were not working and they were not frustrated with that, they struck me with that. If at their age, they didn’t give up, why should I give up?

Oshiomhole, however, urges Nigerians to have faith in the country and see it as the only country that they have.

Meanwhile, APC members in Edo State have blamed Oshiomhole for the party’s defeat in the governorship election.

The party members alleged that Oshiomhole’s ‘irresponsible leadership’ cost the APC the election.