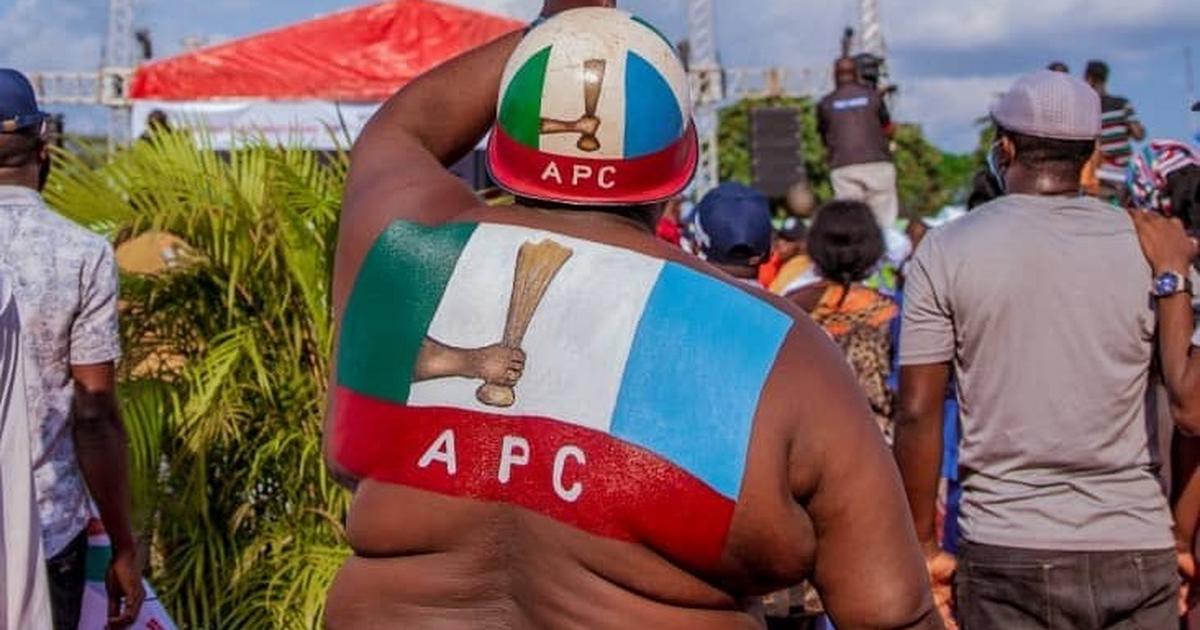 He said in an interview with The News Agency of Nigeria (NAN) on Sunday in Awka, that no single APC member (either the youths, male or female) defected to APGA during its party flag bearer’s rally campaign on Saturday, Sept. 25, as reported on social media.

“The spokesperson of the party recently said that APGA’s crisis was caused by APC, how can it turn around to say that 20,000 APC members defected to APGA.

“The party has been overwhelmed by its own internal problems which cannot be redeemed. They are licking their wound of losing six major lawmakers of its members to APC.

“APGA is seriously sharing money to sustain their remaining lawmakers, sharing meager resources to the electorate to confuse having failed the state.

“APGA failed to tell Anambra people what they have to do differently to better the lots of the citizens instead they are calling APC names, give us your manifestos, leave APC alone,” he said.

Ejidike said that APC has come to mend the broken fence of the state by APGA and will on Oct. 2 declare its manifesto to the people of the state.

In a separate press release, on behalf of the Andy Uba Governorship Campaign Organisation, signed by Mr Victor Ogene, a former Federal lawmaker who represented Ogbaru Federal Constituency and made available to NAN, the party also denied the defection claims.

Ogene described the rally as coerced civil servants, rented groups and remnants of the fast-receding APGA members that gathered for the flag off of the party’s gubernatorial campaign.

He said that the event was shunned by leading party stalwarts, the organisers resorted to a circus, a comic display wherein they claimed that a phantom 20,000 APC members had joined APGA.

Ogene said that major distraught was APGA leaders who boycotted the event included but not limited to the state’s deputy governor, Dr. Nkem Okeke, wife of the late Biafran leader and alter ego of APGA, Iyom Bianca Odumegwu Ojukwu.

“Instead of APGA seeking to hoodwink Anambra into believing that it is still a serious party, they should rather await the mother of all defections, when in few days, prominent political figures from across all platforms would announce their entry into the APC.

“As for the APGA candidate’s open admission at the flag off that Anambra is, indeed, broken, hence his desire to make it “livable”, we hasten to remind him of his hitherto mute disposition while the state stealthily degenerated into an urban jungle.

“Indeed, regarding Prof Charles Soludo’s promise to ‘produce 1,000 youth millionaires every year’ as well as ‘ensure that 130,000 jobs are created yearly in Anambra’, our simple reaction would be: let Anambra people be the judge.

“For, if as an APGA stalwart and a Governor Obiano sidekick over the last eight years, Soludo could not offer his Principal the magic wand to put in place an enduring system that would have achieved these goals, then it is quite easy to see through his professed dedication to the state.”

After all, Soludo is chairman of Gov. Obiano’s Vision 2070 grandiose plan.

“As a matter of fact, conventional wisdom instructs that when someone offers to gift you a shirt, you first examine the one he is putting on.

“For a Soludo who over a decade since his exit as Governor of Nigeria’s Central Bank, is unable to complete a memorial hospital he started in honour of his mother, his promise to Anambra youths is, at best, a theoretical excursion.

“APGA is coming against the backdrop of the derelict and decaying road infrastructure across the state, mountainous refuse heaps and excruciating taxation on ordinary Anambra people.

“One does not need to be clairvoyant to observe that our dear state is, indeed, broken, and cannot be fixed by someone who for several years denied this insistent reality.

“Luckily, respite is on the way, with the APC and Sen. Andy Uba’s Igwebuike message, which seeks to harness the collective strength of Anambra people into truly making our state, the Light of the Nation,” the release stated.

Obi advised the APC to check their facts very well before going public and ascertained that they have lost 20,000 of its members to APGA.

Obi said that APGA is a government of the people and not an autocratic one.