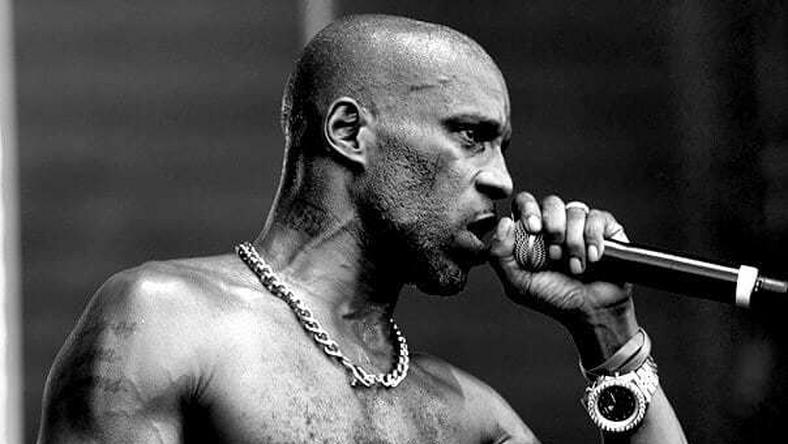 Since then, encomiums have poured in for the enigmatic rapper, who wore his heart on his sleeves and openly discussed his pain. Across several Hip-Hop loving plains, subwoofers will blare DMX’s music from Harlem to Lagos and then Timbuktu. In the late 90’s, his music was as famous as his face of dark-colored T-Shirts.

As the tributes continue to rain, Pulse Nigeria brings you 10 takes from 10 Nigerian Hip-Hop heads, about what DMX means to them;

He made me understand that it’s okay to be vulnerable. To wear your pain on your sleeve, face your demons, and be inspired by them. The really great artists are the ones who can put heavy emotions such as pain, into music and deliver it in a way that it resonates with everybody that hears it. That’s who DMX was to me.

My first vulnerable rapper who talked about everything. He was the first rapper who let me know what being vulnerable was, not just isn’t a feminine thingZ.

To me, DMX represents the freedom to define yourself by yourself and be fine with whatever comes with it. The man oozed confidence and greatness despite not fitting the industry prototype.

At the height of his career, he also represented showmanship. That man knew how to rock a crowd, his Woodstock performance in 1999 is a testament. DMX is the real energy god.

“Back in the day, I would be scared to perform on stage. I spent a great deal of time watching DMX and how he controlled the crowd. That’s how I was able to get the confidence to rock the crowd the way I do. Even in my music, when I record and I wanna embody energy, I feel the man’s spirit with me. Words cannot express bro, X feels like a close friend.

X embodied the underdog spirit of Hip-Hop and the triumphant energy it possesses. He was a man who straddled the duality of human nature- his gravel voice bent Hip-Hop culture to his will and his vulnerability melted the hardest of hearts.

“DMX is a god in the Hip-Hop pantheon but a man who wrestled with demons all the days of his life. His legacy was that despite his flaws he never gave up and in one time in human history he was the grand champ.

He was three things;

1. DMX was the maker of anthems, someone who made songs that reflected real mental health struggles before they became “cool”. We used to rap along to those lyrics and not knowing how poignant they would be years later.

2. Growing up he represented cross over success from rap to Hollywood.

3. An interesting story is how back in Uni my course mate -Richard Mordi- played X’s “One more road to cross” after we had gotten our LLB, he played it in reference to how Law School was the last hurdle (one more road to cross) on the path to becoming a lawyer. That was 7 years ago, till date I regularly play the song when I’ve one more hurdle to cross before an achievement. So I really mean it when I say X was the maker of anthems.

In 1999 he dropped two albums that changed my entire perspective on Hip-Hop. ITS DARK AND HELL IS HOT × Flesh of My Flesh! Blood of my Blood. The beats, the energy and the thematic range helped shape my approach to rap.

The Ruff Ryders movement also introduced a new sound to Rap, raw and street. His transition to film and TV through Belly, Romeo Must Die and so forth also showed me how I needed to diversify the hustle.

DMX was a leader, a teacher and one of the most consistent and entertaining emcees to ever bless the mic. He will be so sorely missed and his legacy will never end.

His music was a soundtrack to a portion of my journey in Rap music. I remember there was that two-year period that he totally dominated the scene 1998/1999. It was mental because that was right in the middle of the Bad Boy era.

Smooth Yonkers flows, glossy videos and shiny marketing was reigning and boom out came X with the grimey videos, gully beats, untidy flows. The guy start to dey make us bark like dog for inside party [laughs].

It was against the grain yet beautiful. Even after that era, his “non-conform, make it by being originally yourself” thing stuck with me for a long long time. I guess that’s what he means to me ‘be yourself, everybody go dey alright.‘

I won’t outrightly call myself a huge DMX fan, but I was a listener and songs like ‘What’s My Name‘ were the anthem for my teenage rebellion and hunger. I grew up on a lot of his music and partly wanted to be a rider because of him.

DMX brought a different style to how I knew Rap and to me would be remembered as that legendary rapper who left behind, not just amazing music but a dare it all personality.

X was an enigma. Battle scarred and battle hardened. An epitome of the extremes that a man’s life can be….top of the world one minute, rock bottom the next. He provided some of the best soundtracks to my latter teen years… he’ll live forever!!!

If Jay Z boycotted the Grammys for four years because of you, then you must be really special. He was against the grain and so was his ability to express pain. I remember Irv Gotti speaking about how DMX cried after a performance saying that he wanted pain and questioned why he had all that success.

DMX wasn’t ordinary. The world should be proud to have witnessed his greatness.